It’s been a long while since I have posted any Drafts on the site, and the reason is mostly due to time constraints. But when I saw that good, old Tempest Block Drafts reappearing on MTGO, I just couldn’t resist! I have so many memories connected to this block, and the card value is insane. Where else can you draft an uncommon worth 25 tickets? So in this article, I will not only (albeit briefly) show you a recent Draft I did with one of my favorite archetypes but also list the most valuable cards to watch out for as you’re drafting Tempest-Stronghold-Exodus.

Let’s start with the drafting itself:

Here is our deck and sideboard: 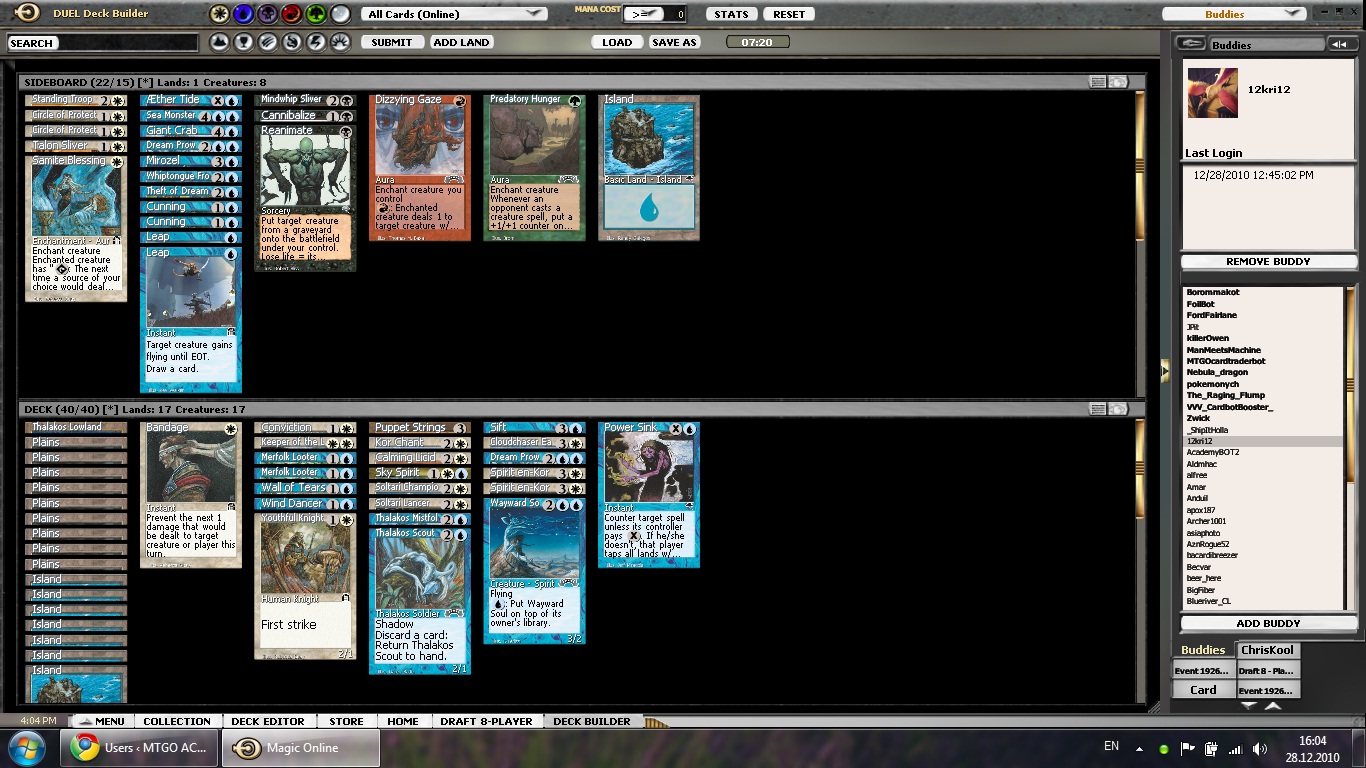 We start with a typical, keepable opening hand:

My opponent is playing a black-green deck with a bunch of Grollubs that are giving me life blocking while I am pounding with flyers and shadow creatures. The end of the match shows the board position that this archetype strives for: 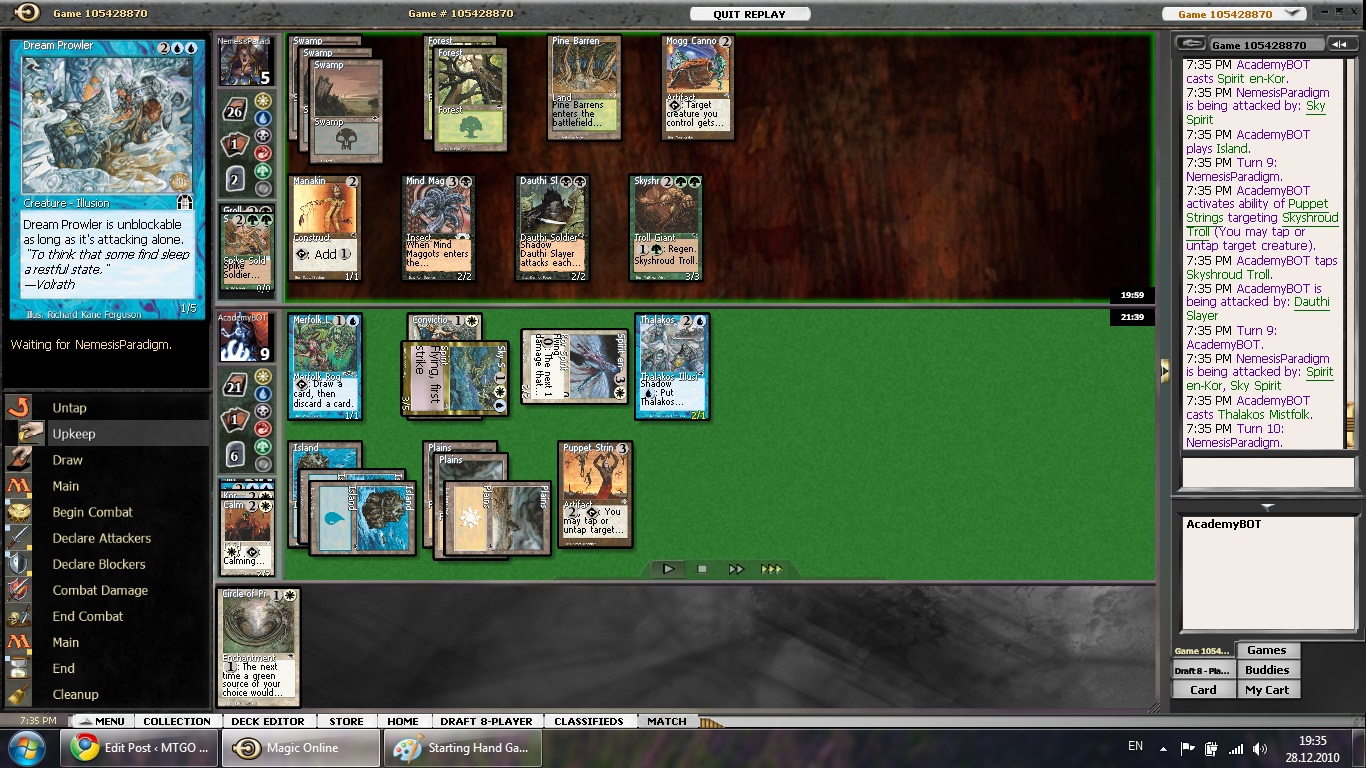 My second round oppenent is playing a red-white deck that also falls prey to a quick force of invasion beaters- the reason I am so fond of blue-white. He plays the rather interesting enchantment Pegasus Refuge and is able to attack while blocking for a bit before I “Disenchant” the Refuge with Cloudchaser Eagle and overwhelm him with flyers and creatures from “the shadow.” 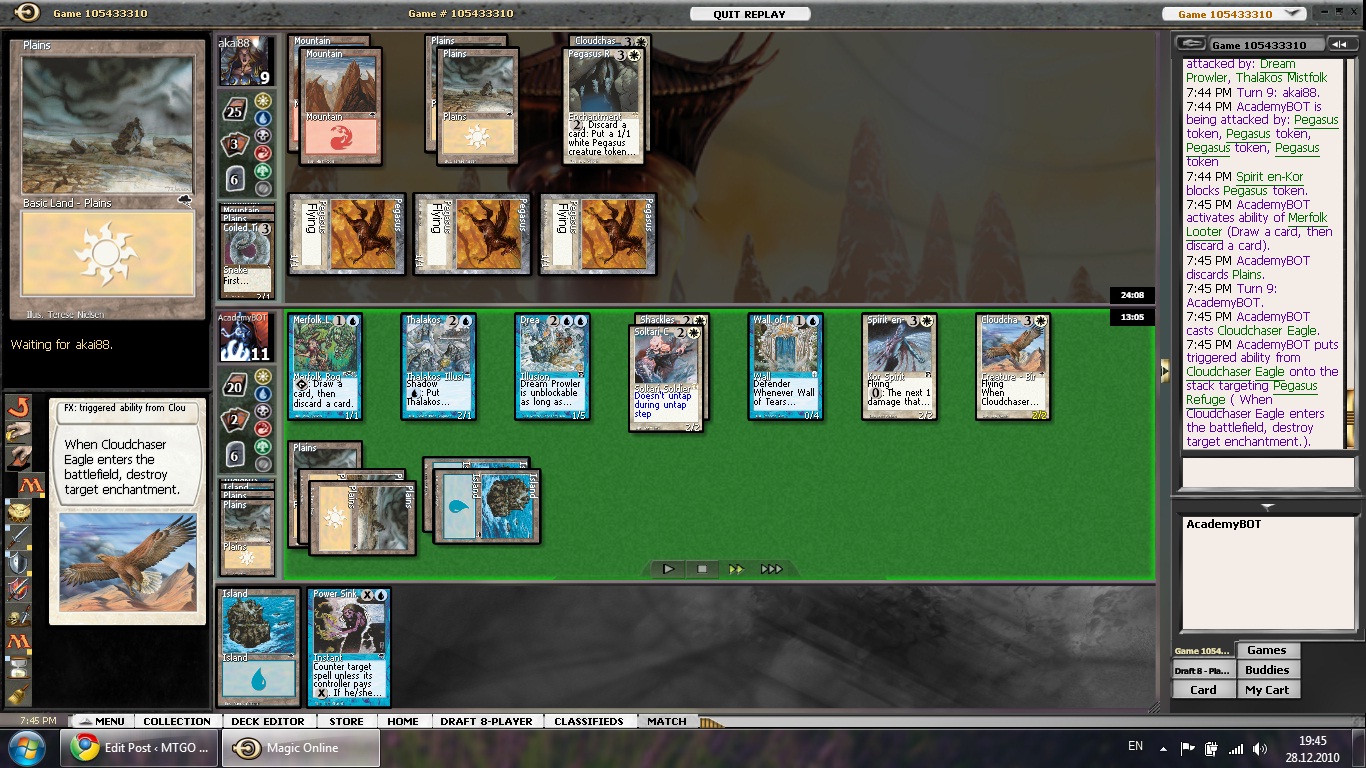 This match ends rather unfortunate and anticlimactic, as I make a critical error while distracted with my (incredibly cute) 18 month old niece that is trying to play piano with my keyboard… here is the play situation that leads to my demise several turns later: 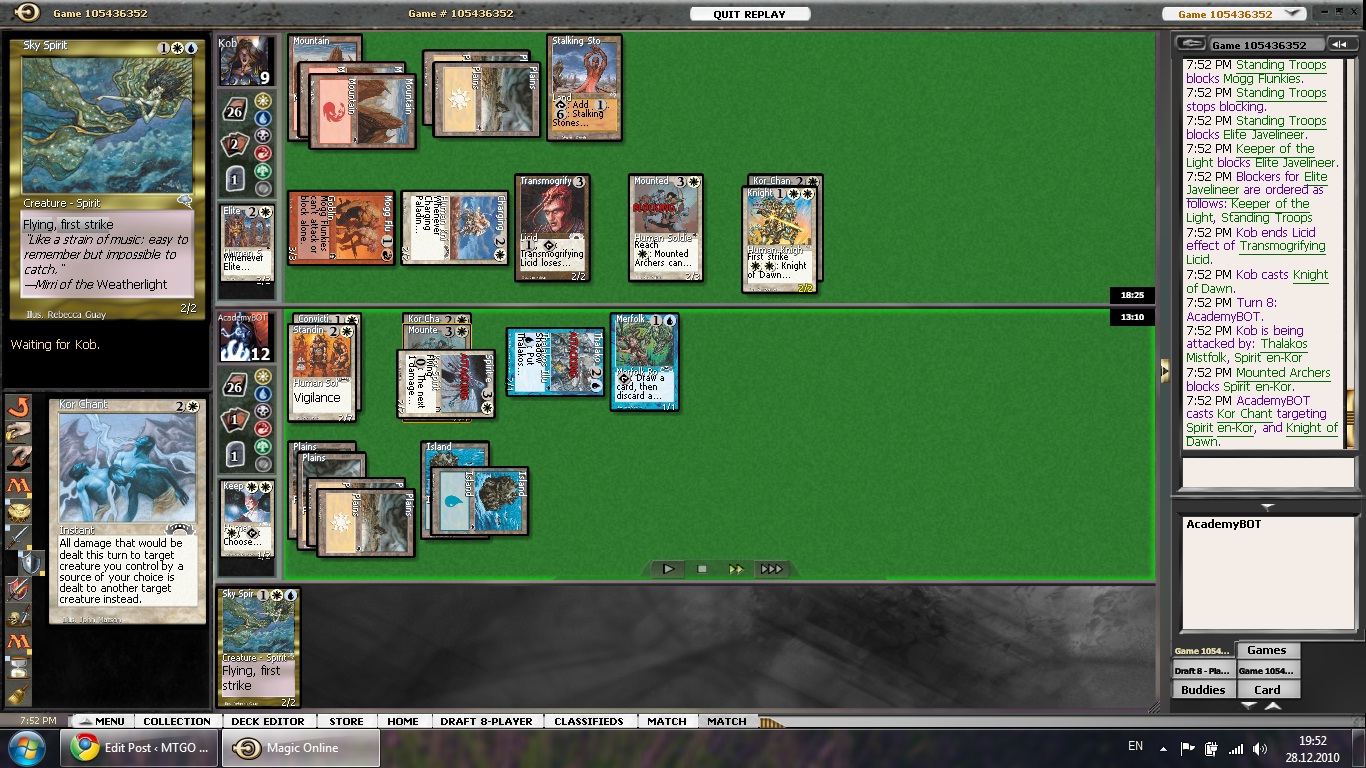 Instead of targeting the Mounted Archers, I target the Knight that will obviously survive due to the Licid. The Archer survives and plays a rather critical role a little bit later… 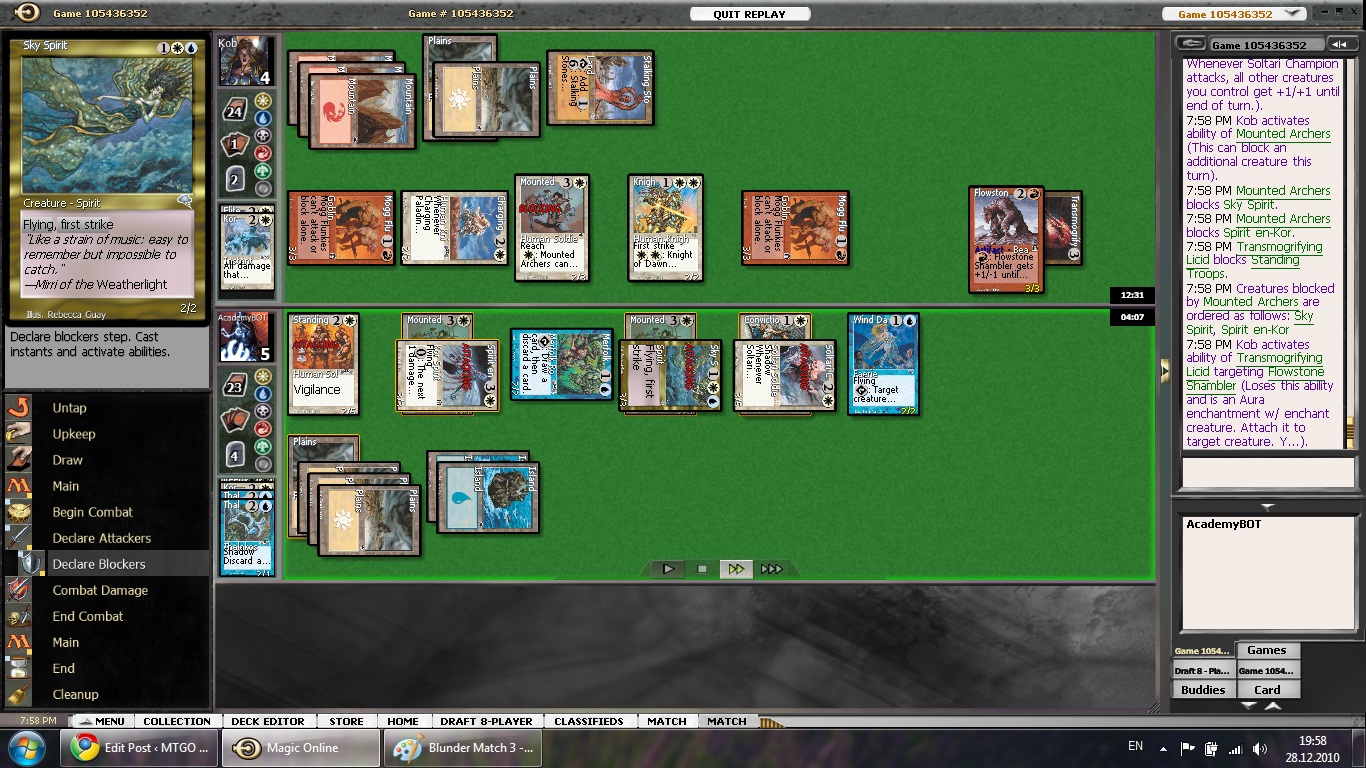 Is is able to block both of my flyers which leave my opponent with one life and victory… sigh, but all ends well- I picked up another Draft set, so not everything is lost. Unfortunately, this event had no big money cards, but if you want to make sure you are not missing any of them, here is the top money list for TSE. Do not pass any of those cards, as they are worth more than a pack (sorted by set and value)!

If you happen to get a foil version of the cards above, you usually get at least twice the value. There are even a bunch of cards worth an Event Ticket or two, so you really have a lot of chances to pick up extra value. If you happen to at least end up in the finals, you even get another free draft to try again!

I wish you good luck in the queues, and remember there is no downtime today, so you can log on to play TSE whenever you please!