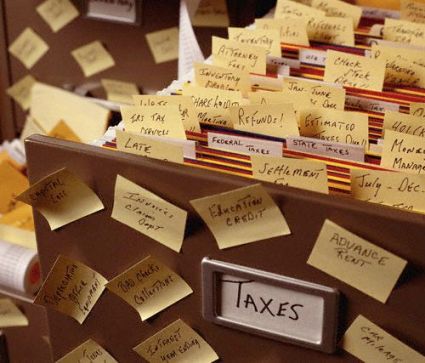 Anyone who reads my work knows that I can be sort of an efficiency junkie. I love the idea of a perfectly refined process humming along like a well-oiled machine. For those of us who transact business on MTGO, dealing with the interface is like trying to thumb wrestle Brock Lesnar. Have you seen his fists? They’re like canned hams! For those unacquainted with mixed martial arts and the genetic freaks that compete therein, let’s just say that wrangling the MTGO interface is a real chore, and for someone like me that does quite a few transactions on MTGO, it can be a big bottle neck.

MTGO has a really handy feature that lets you filter out cards by format, set, rarity and so forth, but it lacks the robust features I’d like to really manage a collection well. At one point in my life, I was working for a software start-up in New York City and learning SQL. I am not a programmer by trade, nor do I intend to be, but SQL and I got along really well. The thing that caught my eye most was the ability to write very specific queries and get very specialized reports. I was working with medical software at the time, but I was also considering implications elsewhere. I’d love to see a command line in MTGO, whereupon I could filter precisely the criteria I wanted. Alas, that does not currently exist, and we are forced to work within the constraints of the system.

I am writing this from the point of view of someone who both plays on MTGO and speculates. If you don’t engage in both activities, this may not be too relevant for you. For the rest of us, it’s been a godsend.

MTGO accounts are not expensive to create – $10 – and you get a few interesting things when you buy a new account. It used to be better, when they’d just give you 10 event tickets which would basically make the account free. These days, you get a couple tix, some untradeable gold-bordered cards and a booster pack. Not the best, but an acceptable fee for the level of organization that you can attain with numerous accounts.

Your primary account should be the one on which you play games of Magic. The reason is simple. Only keep cards on there that you are using in a deck or you are planning to use in a deck. When I was playing in Standard events, I made sure I had a playset of Fetches and all the relevant cards for Jund and Boros. When I was playing Pauper, I was sure to have tons of copies of the powerhouse commons. The point is, MTGO has one really useful feature that makes it seem like the designers used their brains – the “Mark Excess of 4 Tradable”. There’s no reason beyond speculation to keep more than 4 of a card on MTGO, so this feature will save us a TON of time in doing the initial migration to the second account.

Your second account that you will be creating will only be for speculation. None of these cards will have any bearing on your ability to play the game whatsoever, and this should be treated like a brokerage account at Etrade, not an MTGO account. The name of the game is margins. You only care about the transactions you make on this account, nothing else. You’re not stocking a bot, trying to get a reputation, trying to maintain playsets, nothing. This account should just be a holding pen for cards you are either sitting on or ready to sell.

You can have a third account for cards that are long-term holds (like when I bought a playset of Lorwyn stuff to hold for this upcoming PTQ season), but that is your prerogative. The systems I’m using here are based off of a principle that I first read in a book called Getting Things Done (by David Allen). Between Allen’s work and the work of authors like Tim Ferriss and Leo Babauta, a common thread emerged. One of the keys to doing a lot of stuff (playing on MTGO, trading on MTGO, PTQing, playtesting, networking, etc.) is to have an efficient mental process for handling tasks and information. Allen calls it “OHIO” – Only Handle It Once. Ferriss refers to it as a Low Information Diet. The crux of the principle, whatever you may call it, is that your brain will subconsciously process and remember things that aren’t otherwise handled, and thus lead to disorganization and stress. This is magnified tenfold if you’re a severe, diagnosed ADHD case as I am. Luckily, I rather enjoy keeping the price of 15,000 magic cards in my head at once. Most people do not.

The Benefits of Focus

By separating your accounts in this fashion, you will not be distracted by things that do not matter to your current task. This harkens back to the magic saying, attributed to Jon Finkel, “Focus only on what matters.” One’s focus and mental energy is finite, and in the digital era, one must remain alert for distractions masquerading themselves as “work”. Thus, by segregating your cards on a task-based level, you earmark far more focus than you otherwise could. For example, if I’m logging in to draft, and I check my ticket balance, I will also be reminded of the 100 copies of Gigantomancer I own, and begin considering if it’s time to sell them. Then I may start questioning my decision to buy them, or start researching prices, or considering new speculations. None of these things are the booster draft I set out to do, and that is the very key to managing your workflow; retaining your focus on the task at hand and reducing the amount of lag time between when you choose to do something and when you actually do it.

Let’s take this concept a little further. My good friend (Amistod on MTGO and Twitter) suggested the following idea. Tom had read the productivity and business books that I had, and we both became rather obsessed with fine-tuning our MTGO systems. He recognized another inefficiency in my model and solved it with a third account. I don’t draft on MTGO anymore. I’m not sure why, but I never seem to have the time. He, like most MTGO’ers, does. He realized that when he was buying and selling cards, he could use the speculation account. When playing Standard, he’d use his primary account. There are no “unhandled” cards entering or leaving the system. Cards that hit the “play” account were there for a reason. Cards that hit the “financial” account were there for a reason. But when he played Limited? He got an influx of cards, some good, some bad, that were totally unhandled. Some were rares he wanted to keep for speculation, some were commons he needed for Standard, but most were just chaff.

So Tom created a third account for Limited. He explained the logic to me, and immediately I was struck at how elegant the solution was! He hated having friends message him when he was trying to draft or build a sealed pool, and he really didn’t like having to sort through random cards every single time that he drafted or cracked a sealed deck. Thus, the third account provided a seriously cost-effective way to manage his workflow without much effort whatsoever!

So, to recap, the three account model seems to be the ideal. One account lets you keep your Constructed cards neatly organized, and when they cease to be useful, you can simply transfer them to your second account, which is for buying and selling cards. This process also consolidates your bot credit to one account, so you never have to keep track across multiple accounts. The third account will be simply for drafting and playing sealed deck, and the cards you get there will be funneled off to other accounts for processing. The whole system leverages the concepts of OHIO/LID as well as the idea of “batch processing”. Batch processing is the idea that the human brain often takes some time to “switch gears” into a new activity, since the parts of the brain used for playing Magic are different than those used for selling cards. Batch processing is a fancy way of saying that you’re going to do all the similar tasks at the same time. None of this “getting on to draft and getting distracted” business! If you’re on your speculation account, you’re on to make money, and you stay on there until the job is done. I do this with my email, with my writing, with my editing, and it makes a world of difference for someone with precious little spare time.

I hope this little tutorial has given you an idea of how important it is to manage workflow, even if you’re a small-time MTGO player/trader. An efficient system can be profitable and enjoyable, so even if you’re not trying to become the next Donald Trump of MTGO, it will benefit you. Let me know how it goes, or if you have another example of how you make multiple accounts work for you!