All Pro Tour level events, including the various National tournaments and Worlds, are my favorite events to cover. I am a huge fan of the split format events for a couple of reasons. First of all, I love Draft more than any other format in Magic. It is one of the few formats I’ve ever thought I was any good at, and it’s the only format that I am always willing to participate in, regardless of circumstances. Second, every format, Limited formats included, can get tedious to cover after six rounds or so. The split format events give us coverage writers, and players alike, a break from the tedium of a single format, keeping people interested and fresh. 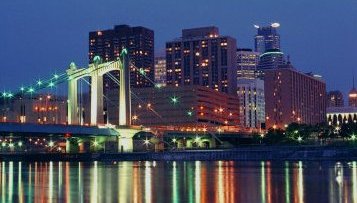 While at US Nationals in Minneapolis a couple of weeks ago, I got to watch my first professional level Magic 2011 draft. Prior to the event, I’d drafted the format less than a dozen times myself, but I’d already learned a few things. First, Black and Red aren’t very deep. They are the traps in this format. Looking back at Zendikar Block Draft, this kind of makes sense. After all, those colors were so rich and strong that a table could easily support three players drafting a Red-Black Aggro deck. It was actually kind of absurd. In addition to the color reversal, tools had been put in place to draft two different types of decks in most colors. Green has the mana acceleration and fatties on one side and the Garruks Companion and Sacred Wolf rush decks on the other. White has Stormfront Pegasus and Cloud Crusader capable of fighting alongside, but often in opposing archetypes. The format is varied, something that has been missing for a while.

Taking everything I had learned on my own into Minneapolis, I was set to compare the things I had figured out with the opinions of the pros. Going into this event, I had been trying to draft a nice, aggressive Blue-White deck with plenty of Assault Griffins, Wild Griffins, and AEther Adepts. Initially, I thought that I’d hit something successful as I watched the first Draft of Day One. After a few picks, though, it was clear I had missed something. When faced between the choice of Stormfront Pegasus and Assault Griffin, I started seeing more and more people taking the 2/1 flier over the 3/2 one. What was going on? I remembered how sick 3/2 fliers had been in the past and assumed they surely warranted being selected over the tiny Pegasus. What the pros had realized that I hadn’t quite grasped was that you could build the deck faster than I had been able to up to that point. Instead of focusing on the later drops in the deck, such as the four-drop Assault Griffin and Cloud Crusader, they beefed up the front end of the curve with Infantry Veterans and Stormfront Pegasi. When you’re down to ten life and facing a small air force on your opponent’s side, 3/2 fliers become blockers instead of attackers, and not very efficient ones at that.

Armed with this new knowledge, I started watching for the really aggressive decks to take flight when I stumbled upon Brandon Scheel and his draft strategy. Where other players were scrambling to take the cheap, efficient fliers, Scheel was willing to wait a turn or two to play cards like Azure Drake and Giant Spider, effectively nullifying the creatures in the aggressive decks while he set up for a monster to finish them off. It was like watching the metagame shift before my eyes. It made me realize that you learn more about a format by having your own opinions about it and watching for either confirmation or denial of your ideas than by simply going into it with an open mind. The presence of a baseline for comparison of observations is essential to effectively learn by watching.

A nice bridge from the Limited side to the Constructed side of things was the performance of Anthony Eason, the second member of the US National team. Coming from out of nowhere, Eason went on an undefeated tear through the first day of play, forcing people to take notice. The coolest thing about his performance, in my opinion, was that he did it using a fairly homogenous strategy: turn Mountains sideways for maximum effect. His Standard deck of choice (admittedly his second choice on the weekend) was Red Deck Wins. He rattled off an impressive streak of victories, only losing upon reaching the finals. For Draft, he followed a similar strategy. On the backs of two very nice Red-based decks, he managed to go 4-2, allowing him to draw into the Top 8 in the last rounds of play on Saturday. 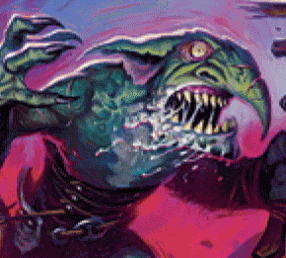 Players don’t often have this single-mindedness in Magic, often because we have been trained not to by those who do the instructing, especially in Limited formats. Keep your options open. Don’t force colors if you can avoid it. Remaining flexible allows you to make the most of the cards you see. Hell, even I advise people of these things. However, something remains to be said for knowing who you are as a player and playing to your strengths. For example, I am a control player at heart. I really fell in love with Magic playing Oath of Druids and Forbiddian, and have never really looked back. To be honest, there are times when the finer points of combat, and maximizing its value, elude me. I feel way more comfortable locking things up than breaking them down. That’s just me.

Apparently, Eason is of a bit more… aggressive bend. He has found a strategy that he can relate to, adapted it to fit the formats he was going to play, and took it to a second place finish at US Nationals. Not too shabby, I’d say. Coincidentally, I’ve seen this happen before; it just took my trip to Minneapolis to remind me of it. Back in Odyssey Block Limited, Blue-Green Madness happened to be a popular draft archetype, as well as being a fairly dominant deck type in Standard.

One last observation from Minneapolis that I think is of note is from the Standard portion of the event. The moral of this story is to never write something off just because it hasn’t been done before. There were two big instances of players using unorthodox cards or strategies to win this weekend, and I’m going to address them both. The first is lifegain. Gaining life has very infrequently been a viable tournament strategy in the past, with the most successful deck being the Life Extended deck that was a rogue favorite for the past few seasons. In Minneapolis this year, three high profile playersâ€”Tom “The Boss” Ross, Gavin Verhey, and Conley Woodsâ€”showed up with an aggressive version of White Weenie featuring a heavy lifegain component. The deck, designed by Kyle Sanchez, features effectively eight copies of Soul Warden, Serra Ascendant, and Ajanis Pridemate. Thanks to the heavy amount of lifegain, the deck is capable of producing arbitrarily large chunks of damage through the Pridemate and Ascendant, as well as putting the player’s life total out of reach for most of the aggressive decks. Since most of your creatures are pretty worthless on their own merit as well, you don’t really fear Day of Judgment as much as some of the other decks out there. In all, you have a pretty decent buffer against the field.

The other major innovation that weekend was the appearance of a little known card that proved devastating in the right decksâ€”Renegade Doppelganger. This unobtrusive two-drop figured heavily into both the Dredgevine deck and a new breed of Mythic Conscription. In the creature heavy field that Standard has become, the Doppelganger is the best creature at every drop, doubling the effectiveness of cards like Hedron Crab, Lotus Cobra, Knight of the Reliquary, and Sovereigns of Lost Alara, as well as doubling the beats for cards like Vengevine, Obstinate Baloth, and Extractor Demon. Since it hits play on Turn 2, every creature you play after it effectively has haste, turning some cards into incredibly scary threats. Just as in my Limited example earlier, the Pros figured out that with this little guy, they could make their decks a turn or even two turns faster than they were before. Pretty good for a card that found its way into most players’ reject rare binder!

If there was anything really to be learned from my trip to US Nationals this year, it was that there is an entire community of Pros trying to stay one step ahead of the competition. On that level of play, being even a week behind in the advancement of deck technology can leave you seriously impaired. That’s why they send the inordinate amounts of time testing the formats that they do. No matter what I’ve learned, I always manage to find a little more that I left behind. Watching Magic makes me a better player. And, if my 3-0 draft against Tom Martell, Josh Ravitz, and Ben Stark is any indication, I still have a little gas in my tank.

Next time, I’ll bring you another of my travel stories, this time from behind the scenes at US Nationals in Minneapolis. I really hope it puts the bug in you to travel some for Magic. The goings on at events are well worth the trip. That and you get to play Magic, too! Until later this month, kiddos!