It’s Christmas Eve! Here in North America, that means putting on an ugly sweater, sitting by the fire with a mug of hot cocoa, and hoping that a parade of B-list celebrities stop by your cabin to sing for you. Last year, Anne Murray brought a fruitcake. It was epic. In England, on the other hand, Christmas Eve means you should be on high alert for spinning Christmas tree attacks. 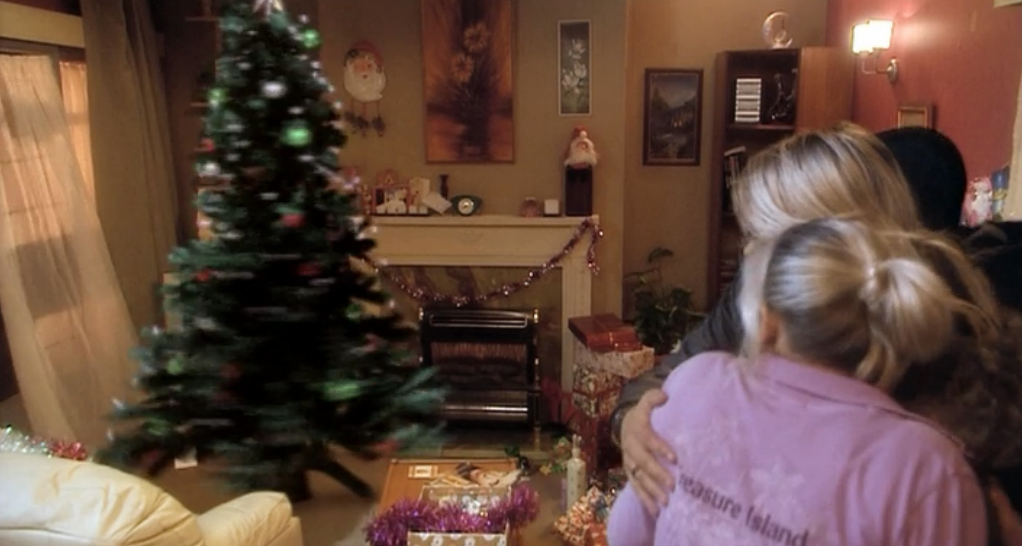 Most of the Magic world is taking the week off, but not me! This week’s videos are decked out in a festive combination of red, white, and green. The Naya color combination is one of my favorites for aggressive decks. You have the best creatures from green and white, along with white’s flexibility to deal with opposing threats, and a nice flurry of burn spells to help close the deal.

It’s extremely important for aggressive decks to have reach. There’s nothing worse than topdecking a 2/2 creature at a point when it is woefully outclassed, especially when any burn spell would have won the game. There are ways for mono-white or Selesnya decks to attain reach, of course. Elspeth, Knight-Errant was a fantastic option in her day, and Brave the Elements has filled that role in Standard on a few occasions. You can also equip your aggro deck with a “Plan B” of some sort, such as a combo kill or an Armageddon plan. But burn spells offer more than just reach. They also act as removal spells, and can put early pressure on an opponent’s life total if he’s trying to use it as a resource. An opponent will also play very differently if he fears you are holding back a burn spell or two, sometimes over-protecting his life total. This allows you to play some mind games with your opponent, representing points of damage you don’t really have or concealing points which you do. Unless a format is absolutely overrun with life gain, a healthy dose of burn should be the best option to back up your ground assault.

The first deck today is for the Modern format: Domri Naya. The Naya color combination enjoyed a very brief window of success with Modern Zoo back in 2011 before the banning of Wild Nacatl. But even then, 5-color Tribal Flames variants proved to be more popular when the professionals were wielding the deck. Naya was then soundly overtaken by decks using the GBx shell with Dark Confidant and other elements of card advantage. With the printing of Domri Rade in Gatecrash, does Naya have the card advantage it needs to get back into the running? The deck I’m playing today is adapted from one Brian Kibler ran earlier this year with much success. If there’s any possible to way to build a competitive deck with Knight of the Reliquary in it, you can always count on Kibler to find it. I made a few adjustments, and altered the sideboard a little for what I expected to see online, and ended up with this:

One of the biggest changes I made was to run Linvala, Keeper of Silence maindeck, over Thundermaw Hellkite, which I have instead made part of the sideboard plan. I also ran snow lands, because if you don’t run snow lands at Christmastime, you probably live on a mountain peak and spend all day plotting to steal Christmas from those goody-goody Whos down in Whoville. You can check out the deck tech video for more details about the adjustments I made.

Next up is Legacy. Naya Zoo is one of my favorite decks, and I have quite a bit of experience with it. It has fallen out of favor in the past couple of years, but it can still compete fairly well in all but the most combo-heavy environments. Here is the list I am playing today:

If you’re interested in my thoughts about Zoo in today’s Legacy world, be sure to check out the deck tech video. I talk quite extensively about the philosophy of the deck, and discuss the changes in the Legacy metagame that have led to its decline in popularity.

I took both decks into the 2-man queues to spread some holiday cheer. And by “holiday cheer”, I mean giant Lhurgoyfs beating people’s faces in. Well, it cheered me up at least. So kick back, relax, spike your egg nog if you’re into that sort of thing, and enjoy!