No, not again! Another Zendikar article? Do I have to read through another article that explains

No, you don’t. We are not going to discuss the cards in detail because you can read about elsewhere. I am also not interested in bashing Wizards about their choices making cards mythic or not. Instead we will focus our attention onto something that is far more important and will be relevant for every set you encounter. Zendikar will just serve as example.

How do I evaluate the cards in a new set and what else can I learn about a set for limited before I even start playing?

I am a passionate Chess player for over 20 years now and there are a lot of things I learned through Chess that is useful in life. One of them is the power of structured, focused analysis and its impact. Many players prepare the same way for limited games when a new set arrives. They read a few articles with “pick orders”, ask friends or fellow players about their experience or simply jump in and go for “trial and error”. While this approach is convenient, it’s far from effective. Following pick orders without a clear understanding why the card is ranked in a particular way will lead to a shallow understanding of the set. Maybe you are fine with that – there is nothing wrong with it. It’s a game after all. For everyone that aims to achieve excellence – read on!

Have you ever wondered why “Cancel” is nearly ignored in Alara block drafting (going very late) while it is a heavily played in M10 drafting? Or why you can often patiently wait to play your 7 mana fatties in MED3 sealed while you are most likely dead when you can do that in Alara block?

Now I can already hear your: “It’s a fast format!” or “It’s a slow format!”, but let me tell you that things are unfortunately not that easy. Besides, what does “slow format” mean in the first place?
If you want to gain a true understanding of any set or block for that matter you better start to look at its components. I invite you to follow me on a journey exploring Zendikar. As usual our focus will be on the commons/uncommons of the set. Rares and Mythics appear to infrequent to really influence evaluations but I will mention them if relevant for the overall picture. Along the way I will ask questions and hope that you take the time to answer them.

I will warn you – I am NOT going to feed you answers! This is a workshop, not a bedtime story!

If you want to benefit you should better be ready to grab your paper Zendikar commons (if you have any) or open a visual spoiler list, get some pen and paper and be ready to work. I know; major bummer. You have to work to improve your game? Sigh…

A few remarks regarding the card database “Gatherer” from Wizards of the Coast. If you click on “advanced search” you can filter for anything. Casting Cost, colors, power, etc. It is worth spending some time to make yourself familiar with it.

I promise you that it will serve you well later on. Our Journey begins with

The first thing you should do is to sort all common creatures by color and have a close look at them.

Q: How would you describe the “creature environment” of Zendikar after your examination? What are the metrics you are trying to gauge?*

*Yeah, I really want you to do work now! You should spend at least 30 minutes to answer the question and only then “jump over the Ogre”. 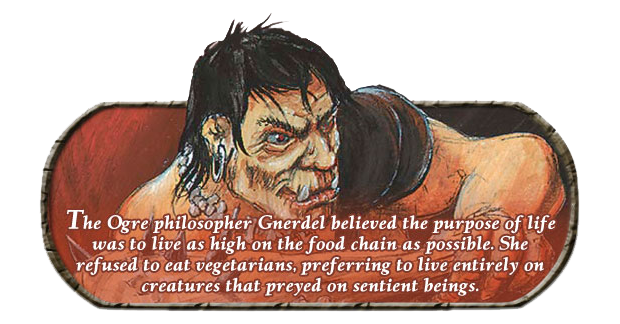 There are many more questions you should ask yourself here regarding the creatures. The most useful technique I have employed here many times is to totally isolate the creatures from the rest of the set while doing this. You can learn a lot if you spend enough energy and stay focused.

How many creatures has each color? How many of them are there for each casting cost? Are they common or uncommon?
Are the creatures aggressively costed?
Do you have a lot of passive, high toughness dudes?

What are the abilities that are dominating? Are those favoring attacks (e.g. Landwalk) or blocks (e.g. Regeneration)?

Imagine the games would only include creatures and not other spells. What type of game environment would develop? Why?
Are there subthemes that have high synergies (e.g. Tribal)? If you have a theme, what is the critical mass to make it worthwhile?
Identify the creature “flavor” for each color. What are the unique attributes of the colors? Strength? Weaknesses?

Many will argue that the value of creatures highly depend on the rest of the cards – I agree. But a thorough analysis will greatly increase your ability to judge them in the right context later on.

Goal – you should have a clear picture of the creature environment of the set by now. This includes a deep understanding of the mechanics, abilities and synergies within the creature pool. If you believe you have achieved this feel free to move on to

Now it is time to get a clear view of the creature nemesis cards – removal spells.

Q: Examine all cards in the set that remove creatures or prevents them from attacking or blocking – commonly known as “removal”. How would you describe the removal in the set? 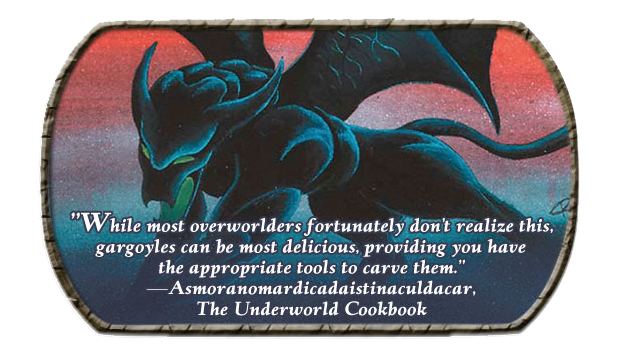 Now here comes the benefit of our previous creature analysis; you can judge the removal much better in context with the creatures you have seen. There are a bunch of questions to answer that deepen your understanding of the format.

What is the removal distribution among the colors? How many of them are common? Which removal spells kill unconditional, which have restrictions? Is there mass removal? How good is it considering the creatures you have seen? Is it easy to brake symmetries by drafting the right creatures (e.g. Famine with 4 toughness critters)? How many instant removal spells are present?

These are only a few examples of questions you should ask yourself in this step. Try to identify the “removal flavor” and what type of creatures are most resilient and most fragile. Don’t move on to the next step until you have a clear picture of the removal dynamic. Go back to “1.)” and see if your creature valuation changes. What creatures have gained/lost value? Why? How does the mana cost of the removal compare to the most commonly used creatures?

Goal - You should be familiar with all the common/uncommon removal in the set. Especially instants are critical as they allow for surprising changes in combat dynamics. If you cannot think of the removal your opponent could play according to the mana he has open you are not ready to move on!

In many cases combat tricks can work as removal by pumping your creature and killing an attacker or blocker, giving creatures first strike, etc. However there are many combat tricks that have a broader application. Bounce spells for example usually save your creatures or provide a huge tempo boost.

Q: Examine all instants that cannot be classified as straight removal. What are your findings? 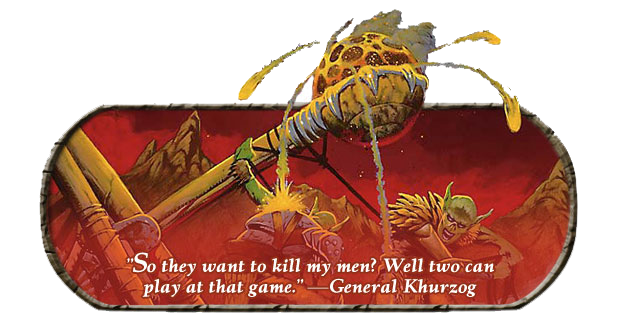 How much combat tricks are present in each color? Is it mainly pump? Bounce? Try to understand if the those are favoring aggressive or passive play. Are there any themes or mechanics present that modify their power or scale with your mana? How can you play around the combat tricks if at all?

At this point you should already start “feeling” the flavor of the individual colors. Try to describe each color in terms of creatures, removal, tricks, speed, etc. What is your conclusion?

Goal – You want to reduce the number of nasty surprises during combat as much as possible. If it is possible to play around tricks, you know how to do it. If I ask you what the number of instants is that your opponent can play during combat with 2R open, you think and know the answer. You are up to it? Great! Move on to the next step….

A lot of power can come from spells that do not influence combat directly. Direct damage to players, card draw, mana denial, etc. all play an important role.

Q: Check out the support and utility* in the set. Which ones are relevant? Why?

Many spells do not influence combat directly but rather affect player resources or have an indirect combat influence. You should have a close look at those spells and try to understand how they work. If you have triggered effects, how relevant are they? If they have conditional effects, how fast can you make them trigger? What are the top and flop cards and why?

Goal – Know which spells to expect from your opponent that changes access to resources. You know the better non-creature removal, card draw and especially discard (discard changes the way you are playing spells that scale with your mana. Without relevant removal, it is often best to wait as long as possible before casting them, whereas commonly played discard requires judgment calls when to play and when to hold back).

Not surprising, the mana base influences a lot of your decisions what to play in your deck and how easy it will be to cast the spell when you need to.

Q: How would you describe the “Mana Environment” of the set?

How many common/uncommon lands are in the set that support more then one color? How much mana fixing spells? The “speed” of the format is another variable you have to consider (you should have an idea by now how fast the format is). Slower formats allow you to be more greedy on the mana whereas fast formats punish you hard for stumbling with your mana development. Make yourself familiar with the mana environment and base your deck design on this knowledge.

Limited is defined by its commons and uncommon but that does not mean that we should not have a brief look at the mythics and rares.

Q: What are the noteworthy mythics and rares in the set? 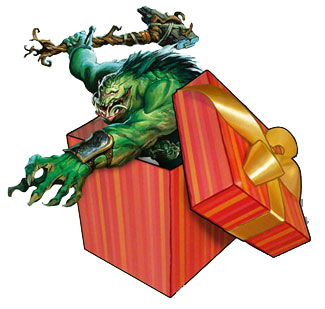 Have a brief look at the mythics/rares and see if there are any game breaking sorceries/instants out there. In most cases you will not be able to prevent them from being played but it helps to know about things like mass removal, game ending bombs, and ridiculous creatures. When you are done it would be time to wrap up and put everything together you have learned so far. I would like to stress that theory is necessary to achieve excellence but it CANNOT replace real game experience – both need to go hand in hand. So join a draft/sealed, crack those packs and apply your hard earned knowledge to learn more about synergies and card interactions.

Feel free to drop me a line about your experience with the set in limited or report your findings in the comment area.

May the land fall well and often!