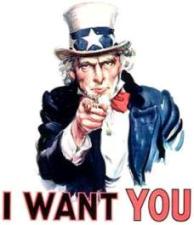 Good day/night/sleep cycle interruption, fair reader. If you are reading this, you probably have some interest in 100 Card Singleton- you might even have a deck together or play in the Weekend Challenges from time to time. You, my staunch supporter of Singleton glory, are not the target audience (but you might like reading further along, when I am past the hands-and-knees begging endeavor that I am about to embark on).

If you are not fully aware of the joy that is 100CS, let me lay the framework out for you to see. 100 Card Singleton is a MTGO only format that uses cards from the Classic card pool (every set on Magic Online). It is similar to paper Magic‘s Highlander but maintains its own Banned and Restricted list (seen here). Decks are (as the name suggests) exactly 100 cards with the option of a 15 card sideboard. Typical decks run somewhere between 33 to 40 land and aim for an average converted mana cost of 3 or less. Each deck may only play a single copy of a card unless it is a basic land.

To everyone acquainted with the format (which now all readers should meet this qualification), please, please, please play in the 100 Card Singleton Weekend Challenges in the Premier Event room! 100 Card has come dangerously close to not firing every tournament for the past 6 weeks or so- some weeks it hasn’t even accumulated the 24 souls necessary to start. We are in danger of losing support for the format- which really is a shame! 100CS Weekend PEs are high EV events, the games have interactions like finely tuned cube Draft decks, and the cards that pass the litmus test for playability are actually fun to use. I know that the format sells itself, but to those of you not yet committed- please continue to read my case!

Singleton, It’s Actually Good For You!

Before I attempt to appeal to your wallet, let me look to your heart. Seriously, this format is pure fun. It takes a brief acclimation period to understand the format, but after the low-pitch learning curve, each match is a blast to play. A game of 100 Card Singleton feels like your first couple of games of Magic after you’ve really learned the rules- the catch is now you are playing the good cards. And every decision counts- you have to manage your resources carefully since you only have a single copy of each card. Like I said, it feels like a deck you’d see in the infamous Limited format- cube Draft.

The card interactions are the stuff that dreams are made of! One of my close friends is working on a Survival of the Fittest variant from times long past- Full English Breakfast. I saw a game where he used Survival, ditching Palinchron to find Volraths Shapeshifter, cast the Shapeshifter to untap 5 lands, used Survival to find Nether Traitor that he ditched to find Phage the Untouchable, attacked with his Shapeshifter (emulating the Traitor), and (finally) ditched Phage after blockers were declared to kill his opponent- epic! And if that’s not your style, Elves and Goblins do quite nicely in the trenches; you even get to play the ones that never made the competitive decks (Joraga Warcaller and Mudbrawler Cohort, we salute you)!

Even if you’re not 100 percent sold after knowing that these games of 100CS will be the best damned Magic you’ve ever played (and will ever play), you surely can respect the insanely high estimated value of the format. Weekend Challenge Premier Events are right up next to Release Event Sealed in EV… if you don’t include the price of the deck (which you shouldn’t- it’s a sunk cost)! Prizes are paid out to Top 16 (3 packs), and right now, most events fire at exactly 24 people. At 24 people, the event pays out more packs than the value of tickets that it takes in! Assuming a market price of 3 Event Tickets per pack, the event is +222 Tickets into the hands of players ever time it fires at the 24 person minimum. It would take 61 players to experience a break even on value given out versus value taken in! When a new Legacy legal set comes out, prizes can soar to almost 4 Tix/pack in value. 100CS funds the majority of my Magic Online purchases.

So now that you’ve been sold on playing, we should probably take a moment to see what the average opponent might be wielding. 100CS has had a lot of work go into it to develop from the first PE (just look at the decks from that event- so clunky in construction, no offense), so don’t neglect to check out deck lists for ideas and metagame information even if you want to build your own fabulous creation!

If you don’t like brewing your own concoctions, you can easily snag one of the many fabulous decks already floating around the community! (I just used E. Hustle’s Goblin deck to Top 8 the PE this past weekend!) The metagame is actually quite diverse (and cannot be fully represented in just a single event). Tarmotog (or Naoto as you’ll see him in the 100CS queues) writes a column for PureMTGO that covers what has been played in each PE (here is his last article). You can also look at the Decks of the Week in the Activity area of dailymtg.com. Or if you’re super serious, you can watch videos and read articles about it here on MTGOAcademy!

Now, there is no excuse to forego the wonderful world of 100 Card Singleton! If you didn’t feel like I sold you on the commitment, check out RoninX’s article thoroughly detailing some other logical reasons to play 100CS. I cannot stress it enough- Singleton is fun. I hope that you consider trying it out! And to everyone that plays it, but might be a bit inactive- get in the Premier Event queues when you can and tell everyone that you play about the events! If we are going to keep 100CS around, it will be through the sheer commitment and love of this little Magic community!