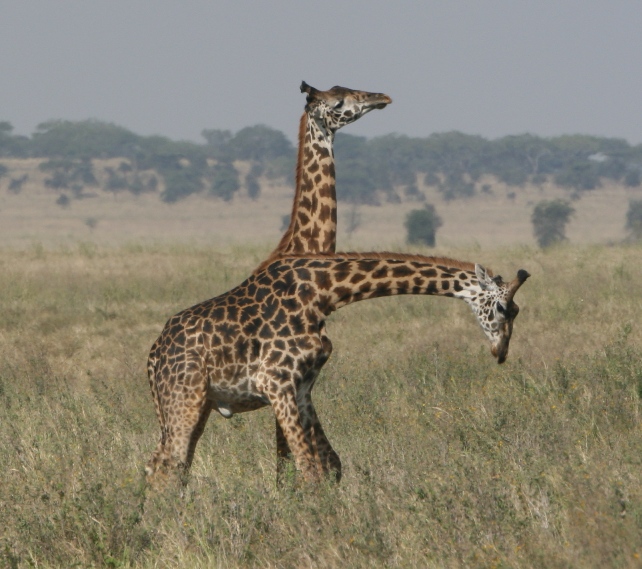 Even though I have played in just one non-MTGO PTQ in the last several years I still like to get out and attend the prereleases. They are always special events, but in Seattle prereleases have the extra bonus of attracting members of R&D to see how their laborers of love actually play to the unwashed masses. I had hoped to corner Mark Rosewater and get the back story on everyone’s favorite whipping boy in the new set: Razor Boomerang. 5 colorless and tap a creature, for a single damage? That has to be the most overcosted effect since Splintering Wind. Sure, the effect is actually fairly powerful in a format full of 2/1s, but Wizards printed Cunning Sparkmage in the same set! Surely, there must be a tales of pre-nerfed Razor Boomerangs dominating Future Future League drafts, right?

Alas, I did not get a chance to pump him for information since I was too busy playing in my first Two-headed Giant event. Yep, in what is rapidly approaching two decades of play I had never played a game of 2HG until this past Saturday. It was… an interesting experience to say the least. Unfortunately, I’m pretty sure that Zendikar block, with its prevalence of common landwalkers does not make for the most balanced Two-headed Giant experience — but I had a good time none-the-less.

During deck construction it struck me how little synergy our pool had, considering that we had six packs to work with — just two allies, and barely a handful of landfall cards were the extent of it. Despite some individually powerful limited cards (Living Tsunami, Wrexial, the Risen Deep, Terastodon) it did not surprise me that we struggled to win games. One of the reasons that I enjoy most Limited formats is that strongly synergistic decks and builds that interact well with the format’s metagame tend to stand head and shoulders above those without such interactions. For example, one of the reasons that green was so long maligned in Zendikar is that players largely misjudged how Green interacted with the other colors, undervalued the relative importance of its three toughness creatures, and thus failed to realize that an Elvish Warrior could be a top three pick in a world of 2/1 bears.

What does this have to do with 100 CS? 100 Card Singleton is perhaps best thought of as Limited on the grandest scale, because approaching it from a traditional constructed mindset can lead to dull decks and train wrecks.

Singleton formats in general, and 100 Card Singleton in particular, put a prospective deck builder in a quandary. One of the primary reasons (as I discussed in my introductory article) to delve into the Singleton world is the variety of play experiences that you can wring out of a single deck. Unfortunately, “a varied play experience” is the last thing that most players want under competitive conditions.

Almost everyone who has played this game understands why “variety” is largely anathema to a deck builder. Even relatively successful decks that have tried to “answer” a metagame with proactive on-board solutions frequently find themselves in the position of having the wrong answers in hand at the wrong times. Historically this has been the stumbling block of many Green-based Midrange decks such as various iterations of “Rock” strategies and the “GW Haterator” decks of Extended and Legacy. Likewise, multiple routes to victory can certainly be a plus, but can quickly become a slippery slope of conflicting strategies that leads to a deck lacking in synergy with no cohesive plan. The slope is much steeper in a Singleton environment where the temptation is often to include powerful Combo pieces along side abstractly “good” cards and call it a deck.

So how can 100CS deck builders reconcile this problem successfully?

Traditional Constructed deck building strives to eliminate variance that is outside of a pilot’s control through redundancies and synergies that are extremely focused, and target explicit weaknesses of the other decks that inhabit a metagame. Traditional Limited deck building tries to do the same — but accepts a much broader definition of redundancy.

When you are drafting, you should be building towards an archetype, or at least towards a specific concept of what you want your deck to do. This can be as simple as “I want to stall on the ground and win in the air”. Actually executing this plan requires some discipline, and may require you to pass abstractly stronger cards in favor of ones that fit your plan and build those all important synergies. If you already have five 4+cc flyers but only a lone Kraken Hatchling to help hold the ground then it will often be correct to pass a third Windrider Eel in favor of a more defensive creature. After all, sometimes a deck really just needs a Pillarfield Ox or Caravan Hurda to solidify your ground defenses. Exactly which of those cards you are able to pick up at the end of a pack does not matter as long as you are making sure that you are not trying to put a peg in hole that is already filled.

When constructing a 100CS deck you have a smorgasbord of powerful creatures and spells at every conceivable casting cost so the temptation to opt with an abstractly more powerful card or module is always great. Keep your eye on the prize and your game plan!

Because mistakes can be great learning exercises, let me share one of mine. Last week I provided myself with a wonderfully horrible example of the worst case scenario 100 Card Singleton train wreck. I tried to hybridize a Reanimator strategy, with Goblins. Why? Idle hands are the devils playground, or in this case: an idle mind. I had forgotten my “bus book” and found myself gazing out at the vivid Seattle sky on the way home from work (mid 50s and sunny last week — take that East Coasters!). I was thinking over some successful Goblin builds, and about some of the less impressive cards they tend to play: Adder-Staff Boggart for instance. There are probably 6-10 cards that Goblins regularly plays that are extremely mediocre in the abstract. I figured I could cut those cards and the non-basic hate and plug in a pretty strong Reanimator package in the vacated space. Between duals, and fetches all my lands would still produce red mana so I would not even “really” be destabilizing the manabase… right?

I can already see Travis and Chris’s eyes rolling, along with most of yours (in all likelihood).

Obviously the concept crashed and burned … spectacularly. How bad was it? I think I lost a game where an opponent played a Scarwood Treefolk. The problem of course was that the cards I was removing shouldn’t be considered in the abstract but in context*. Goblins thrive in direct proportion to how many other goblins they have around them. While using Entomb and co. could act as extra tutors for Goblin Recruiter and friends in theory, in practice they were not goblins. Far too often they components of the Reanimator package were stranded in my hand with little work to do, and unable to go to the assistance of Goblin Piledrivers, who toiled ineffectually in the absence of friends and family.

Working With Our Tools

The worst thing a beginning 100 Card deck builder can do is go through their collection and just start adding “interesting” cards to a decklist. This is one of the surest ways to end up with an unfocused deck. Trust me, I did this when I started and it was a nightmare. I had 130 cards in my decklist before I realized it. The process of weeding through ostensibly interesting cards, was tedious, painful, and resulted in a ghastly concoction that was abstractly powerful but almost entirely lacking in synergy. This result was not because I didn’t appreciate that synergy was important, but because the process that I adopted made establishing a synergistic framework much more difficult.

In order to avoid this mess it can help to add a little organization to your collection. One of my biggest gripes about the MTGO interface is the deck building function. It is not so terrible when you are dealing with the relatively small Standard card pool. But I really feel that when you begin expanding your horizons into the Eternal realms it stifles creativity rather than encouraging it. It boggles the mind that there is no good way to flag cards such as tutors, reanimator cards, counterspells, etc. within the Deckbuilder in such a way that they can easily be recalled.

When I had a physical card collection I sorted and cross sorted all kind of things. I had packets of goblins, elves, mana artifacts, Green ramp, tempo and bounce, etc. I didn’t have to paw through my entire collection when I wanted something. I could go to these packets as a starting place. The best way that I have found to emulate this online is the build “decks” of these cards.

The first place to start is to go through your collection and find all of your tutors**. This naturally includes the Mirage cycle that is the backbone of 100CS redundancy but should also include wishes and every transmute card (love those guys) all the way down to more obscure and niche “tutors” like Three Dreams (an Ancestral Recall stapled to a tutor! I’ve wanted to use that card for years). This system is far from perfect, as there is no way that I know of to transfer cards from one list to another, but it is very useful as a reference catalog, and will save you time in the long run.

Having a solid concept of what you want to do is critical. “I want to play Rec-Sur” is not a deck concept. Rec-Sur is a Combo the can be used any number of ways. Saying “I want to cheat giant, hard to deal with creature into play far earlier than I should be allowed to play them and attack for the win” is a deck concept. The former can get you into trouble in 100CS because the natural thing to do in Constructed (you’ve seen it in countless articles, I am sure) is to start with solid creatures at each point in the curve (dull deck), or start with your Combo (train wreck) and build up from there. In Singleton the best decks are achieved by deciding what a deck wants to accomplish and using the best possible tools available in that context to achieve your goal, even if it means playing Adder-Staff Boggart.

Far too many of the decks that are Top-8ing the Weekend Challenges are simply dull “good stuff” decks. They have an intrinsic power thanks to the quality of their cards, but this can be overcome through your careful deck design.

Do not worry about creating play variety — that will come as an inevitable consequence of playing 85 or so unique cards in your deck. Focus your deck so that every card is working towards a common goal and you can experience the enjoyment of winning through multiple and interesting lines of play, rather than just taking a survey course on how many different ways there are too lose a game of magic.

I’d be particularly interested in hearing what comments people have about the current state of 100CS deck tech and about your shortcut ideas regarding deck construction or other ways to work around the limitations of the MTGO deckbuilder. Sound off below!

Next time I promise (promise!) both decklists and a 100CS tourney report!

* Speaking of context, it turn out that Scarwood Treefolk (and most treefolk for that matter) isn’t so easy for Goblins to deal with!

** I would suggest starting a separate “packet” for land search and ramp cards, as that is really a horse of a separate color (fixing).